Here’s a song which came onto my radar a long time ago, and occasionally just pops into my head entirely at random, I suppose its because its so surreal. Quantum Jump – The Lone Ranger. It just popped into my head while I was doing something or other in the kitchen.

I don’t know what exactly inspired the writing of this song, or precisely what is meant by “Put his mask on back to fronto” and “Ride into tomorrow today” – I’m curious, but not exactly desperate to find out! 🙂

That chant isn’t Indian at all, but Maori, the longest word in the world!

Taumatawhakatangihangakoauauotamateapokaiwhenuakitanatahu  – if you want to sing along!

Ive got this heinous cold thats been going round, so I thought I’d just spend spend some quality time discussing matters of supreme importance here for a bit.

I been thinking about a couple of things, I been listening to an album by Cousteau, (Sirena) then randomly humming songs at work and thinking about the lyrics

The way you arch your back

And comb your hair

The way you only come

When no one else is there

Of some great cause

Around the bedroom floor

And I ain’t come to find and I ain’t

Tryn’ to save you

How well I know

How well I know

When others rarely meet

Anyhow, I thought that was pretty good, timeless I’d go so far as to say. Sort of lines could have been written at any time in the last century I suppose, not exactly banging in your face or anything, not that I don’t like the current century or anything, I just found this easy listening – easy to listen too!

Anyway, I looked them up and they said its a bit like Burt Bacharach – 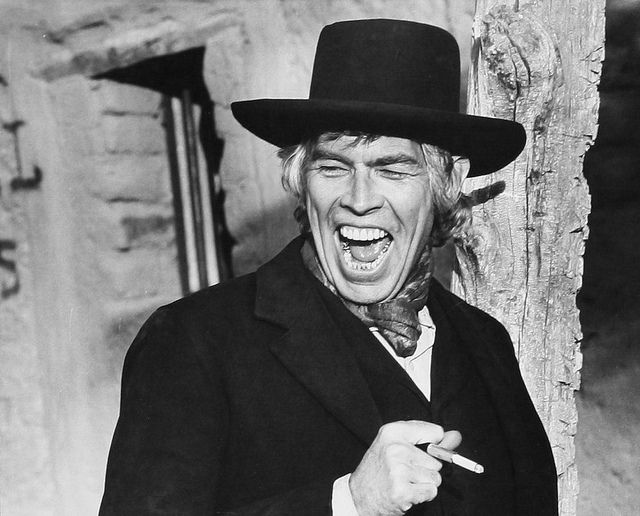 Haha, thats James Coburn – good teeth! Which is an excellent segue for the next part of my blogular intent.

I was thinking about the film

I haven’t seen that film for quite a few years, it took me a while to figure out wether its Lee Marvin (it is) or James Coburn, cos IMO they look alike.

Then I got thinking whats that other film with James Coburn in it that I like?  I eventually figured out its this one.

Thats good old fashioned entertainment – I’m not sure its all that good actually, but I remember it having those big presence actors – Telly Savalas and James Coburn. James Coburn was also in Cross of Iron, which is an excellent film. Not to be confused with James Mason, (also in Cross of Iron) I see James Mason was a conscientious objector during WW2, whereas Lee Marvin was in it, and James Coburn missed it – but was in the army after the war. Dirk Bogarde has nothing to do with any of this, but I often confuse him with James Mason or John Mills.

[ED – there’s a link there where it says WW2, its to an article I saw about a concentration camp survivor and her art – its pretty worth seeing – though not easy on the eyes.]

Here’s a good one, “The Rocking Horse Winner” its about this lad that predicts winners in horse races by going insane on a rocking horse!

It must be 30 years since I saw this film on TV, its a very disturbing and upsetting story, but I just loved it cos it was so original, and the whole rocking horse idea too, I never had one as a child, but I knew someone who did and it was fantastic to go on it, a good one really moves like a real horse, so anyhow, now I’m an adult I had a full size one built for me in the spare room, its great, I’m always on it! (Ok, I’m lying, thats not true at all, just every other day) 😉

So there’s this woman, and this guy, and the guy is like what is this woman really like? So he’s trying to figure her out, and she’s knocking him back all the time, so he’s thinking what a total waste of time and gives up trying – at which point she cuts him a break, so he’s like oh yeah, this is more like it, but then she knocks him back even harder, and he’s like – I like this woman, cos she’s really tough and hard core, so he keeps trying and keeps getting knocked back, so then he finally gives in, and tries to see things her way, and it works for a bit, everything is cushty, he’s happy, and she seems to be too, so he doesn’t push it, and that seems to work best and they become more deeply involved in terms of mutual respect and admiration – or so it seems.

So anyhow, quite a bit of time passes, and she jokes about how hard core he is, and he’s thinking yeah, well I have to be around you, cos thats how you are, but I’m the sensitive one around here – and all the time she’s thinking you got to be joking, its me thats sensitive, and you, well you’re just a brute! Probably the worst I ever met!

She never came out with anything the guy found difficult or offensive, so he assumes that she agrees with all of his opinions, (of which he has many,) and she always laughs at his jokes and is so delightful in her ways, he rather falls into a way of thinking with her which just feels so nice – he can say anything to her, and she just goes along with it all, like a mirror really, or a soul mate perhaps?

One day, he’s chatting to someone else, another woman in their acquaintance, and she lets on something which contradicts the entire set up! At last, thinks the guy, I can get rid of that deceitful woman thats been playing me along all this time, so next time he sees her, he delivers his ‘you can go now’ look – she gets it right away, and responds with her “why are you so cold callous and cruel?” look.

And thats when the guy realised it was all his own narrative, where she’s really at, is somewhere completely beyond his understanding!

I was playing some techno this aft, and while doing so, was reminded of another techno song from the past, where the guy goes “You Got Love Technique” and I thought oh yeah, New Order! So anyhow, I thought what was that song? So a quick google brought up the song – its called “Fine Time” – its the one that goes “You’re much too young, to fool around with me” and I thought so what other lyrics does it have? So googling that brought up:

Hey You know I’ve met a lot of cool chicks

That’s why I love you babe

Well I thought that was quite funny! As an “older gentleman” I had a few problems in the teeth department, I have one at the back thats cracked, and I’m sure its going to have to come out, cos the dentist stopped treating it – then there’s one on the other side had to go a few years back, and 2 at the front, well that was a bit of a disaster cosmetically, it actually frustrates me and brings me down about my teeth problems, I do look after them, and its a big thing in my life trying to keep a good set of teeth worth having – but ya know as you get older, well its no joke really!

Anyhow, I’m just surprised he put that into the song, I never was aware of those lyrics, I find it very funny! 😀 😀

In other news, I got my Mac running on an external drive now, and it seems much better – so I may be posting art again soon on my other site! Ogden Fahey Art